Context: The legacy of the Bhopal Gas Tragedy and the Site of the Tragedy
Where: Bhopal , India
Venue: Old Benazir College, Shahjehanabad, Bhopal
When: Workshop - 23rd January to 1st February 2011
What: Around 50 students from different disciplines from around the world will participate over 10 days in 5 different units. Each group will be guided by two unit masters with experience and expertise in the relevant theme. The workshop will have guest lectures by experts and a mid-term review. Units are to present their proposals in media of their choice in the Symposium following the workshop. These will be presented and discussed during the symposium that follows.

The diary of each team
http://www.nakatani-seminar.org/bhopal/note/ 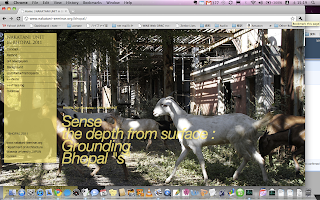 Workshop started with merging Units 1 (Authenticity and interpretation) and 2 (Heritage as urban resource) into a new unit. The work has initially been organized along four layers (subunits):
- The landscape/nature/grounds before, during and after UCIL establishment and subsequently disaster, including the history and development of the city of Bhopal.

- The context of establishment - Indian history during primarily the 1960s and 70s. The post-independence vision for the national state of India is in focus but also the history of UC activities in India and the reasons for estbalishing a plant in Bhopal.
- The establishment and growth of the factory site in Bhopal up to the time of the tragedy, with focus to understand the production processes and the different groups of emplyees involved in the different stages. The subunit also works with the toxification of the site including the establishment of vaste dumps as part of the production processes.

- Post disaster events, studying legal processes, the dereliction of the site, what happened with the workforce (from bottom to top), and the growth of settlements around the site.

By nature several questions are interlinked between sub-units which leads to inter-subunit analysis on Indian and Bhopal history, UCIL establishemnt, growth and disaster, and post-disaster events. At mid-workshop the subunits will be reorganized into two:
- Interpretation; formulation of information and narratives that suggestedly could be linked to the different structures on and around the site, derived out of the complex nature of the site and the different types of heritage the site potentially represents.
- Resourse; The material properties and intangible qualities of the site that has been identified thorugh subunits work will be matched towards what has primarily been suggested in the Spacematters material.


Towards the end of the workshop the unit cooperates in formulation and design of more detailed suggestions for how the site and its surroundings could be subject for different actions such as conservation, restoration, reconstruction, construction, decontamination, demolishments, etc., in order to produce a synthesis between interpretations, information, narratives, functions placed at the site as resources for the urban development, and different preservation actions.

For complete information and updates on the unit, please subscribe to the Unit's blogsite

With unit master Ms. Nomura Sakiko who is a photographer from Japan, we try to observe the present of the city Bhopal. With observing the present we try to find out the history of Bhopal which in hiding in the citizen’s own histories.
Ms. Nomura visited Bhopal at 25th anniversary of gas tragedy in 2009. She brought her 140 pictures which were taken by at that time. Chasing the people in her pictures, we explore the city with disposable cameras. We distributed 100 disposable camera to the citizen whom we met. And we asked them to take their favorite people and favorite place. Also with making the interview with them we try to identify their lives and their history.
At the end of this workshop all – 2000pieces of - pictures which were taken by citizens f Bhopal are be the postcards and to be send to the world. Those postcard will explore the world with the messages of Bhopal and connect the Bhopal to the world. That is what we say the urban photo rhizome.
http://www.facebook.com/urban.photo.rhizome 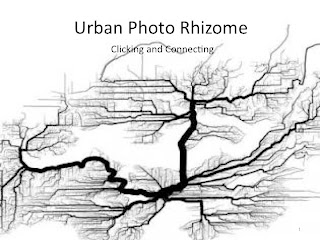 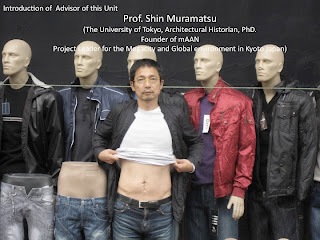 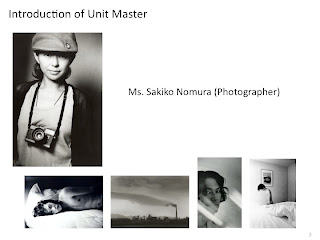 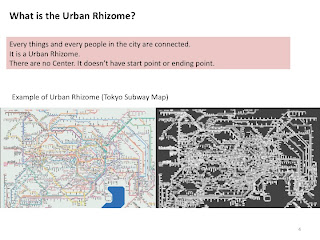 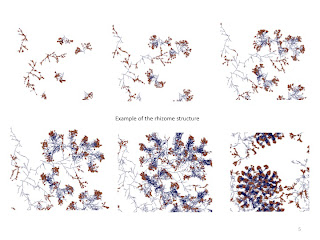 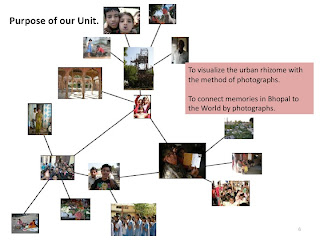 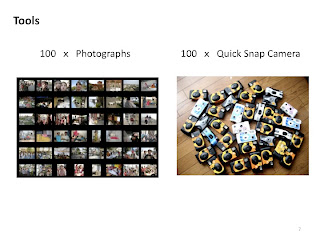 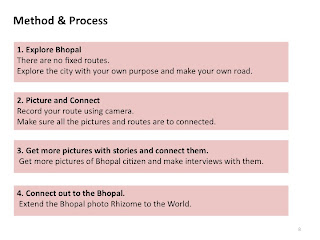 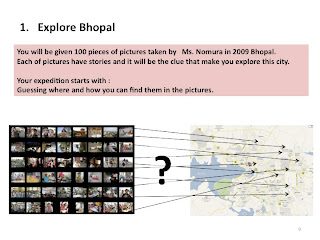 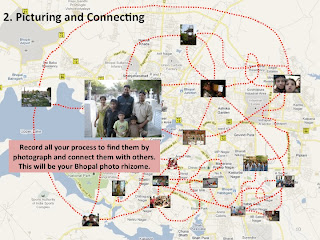 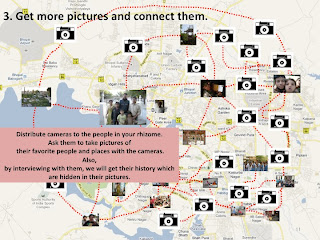 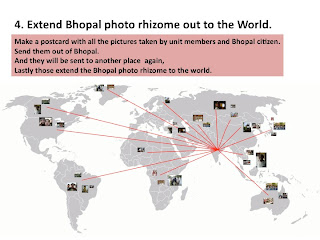 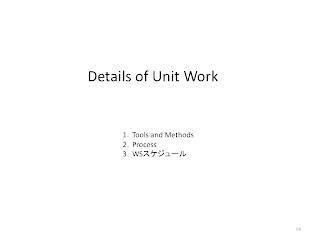 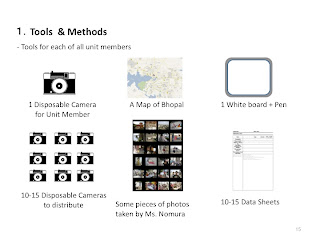 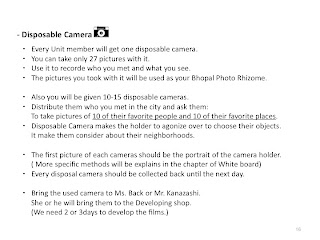 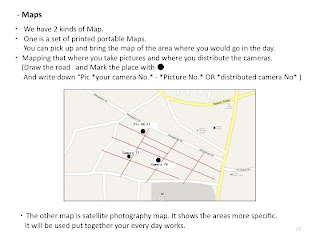 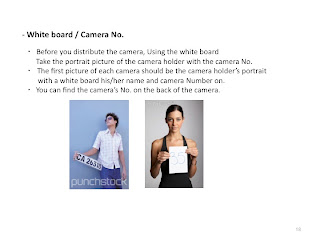 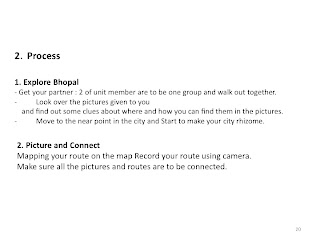 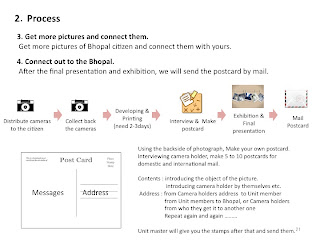